Your bag is currently empty.

Build custom board
?Creating your custom complete? Click here to add your next part.

My name is Jordan Marowitch, I am 34 years young and I live down in Redruth, Cornwall (originally from Alberta, Canada). I am an electrician and I have my own company called ‘S’all Good Electrics’.

What brought you to the UK and in particular Hastings?

My partner Izzy brought me over to England. We met when we were both living in Vancouver, Canada. She was on a 2 year holiday/working visa, but after meeting me, she ended up staying for a 3rd year in Canada. We actually applied for Izzy’s Canadian Permanent Residency through our relationship and had every intention to stay in Canada initially. But then Covid hit. And the Canadian government’s VISA processing time almost came to a complete halt. It was then we made the decision to move back to England. We moved back in October of 2021, and because we moved internationally we stayed with Izzy’s parents in Crowborough, East Sussex until we found our feet here. I will usually do whatever it takes to skate during the winter and I ended up making the hour drive down to Hastings throughout the winter to skate the Source Park to scratch that itch.

Skating in both countries is relatively similar. Both countries have great skate scenes and great skaters and both have their challenges due to the winter season. Although, Canada’s winters are much harsher than England’s, that’s for sure. Even on the west coast of Canada, where the weather is pretty comparable to England’s rainy winters. In Vancouver and in Victoria there aren’t even any indoor parks, so you’re waiting for the dry days. That’s the beautiful thing about England, there is a decent amount of indoor parks and they’re spread across the country (thank god for the source). Also, a big difference is, there are a lot more people in the UK than there is in Canada, so naturally due to the sheer mass of people, there are a lot more skaters in this country, which means that there are more people to have great seshes with!

How did you get involved with ‘Jumble Sale’ and how was the process of filming for you?

I got involved just by showing up and skating the park all last winter. Tom and Toby were there on a random weekday night and asked me if I wanted to stay a bit later after the session, because they were meeting their friend Joe Sandland to try and film some stuff before he headed back to Greece. I was so stoked to just be asked to stay and it all happened very naturally. From that sesh on we’ve been going out to parks, bowls and to the streets all over East Sussex trying to get clips for the video. Filming is hard man, but I like it. It gets you stoked and once you start filming, the world becomes one big skate spot and you can’t resist but think about it that way. Honestly, I’m stoked to just keep filming after Jumble Sale.

Favourite clip of the video?

Probably the clips I didn’t land haha. Honestly I feel like sometimes you battle for a clip and because you didn’t land it, the clips don’t make the video and then you forget about the moment. I actually love those moments. You’re hot, sweaty, usually beat up but fuck it feels good. Those moments are hard, and you often feel a failure, but if you got out there and busted ass just to walk away with no clip, that’s all good, enjoy that moment, at least you got the fuck out there and tried the damn thing. Plus it’s good for you to lose sometimes, it makes winning sweet, it makes you humble, and keeps you hungry to go back! My favourite clip would be Toby ollie-ing the Morrison’s road gap, such a great clip! I love the way he lands and I know he put in the work for that one!

What was the hardest clip for you to film?

Alley-oop back 270 nose blunt at the level in Brighton. It was just awkward to try and get speed for it.

A fond memory from the filming of the video?

I think the thing I’ll cherish the most from filming this video is becoming friends with Toby and Tom. Skateboarding and the culture of filming skateboarding led me to meet those two wonderful humans. I feel blessed having freshly moved to a new country and to meet such good people through skateboarding. That’s why skateboarding is so dope! And it’s a damn good reason to keep getting after it forever, keep pushing the limits and having a blast with our friends.

Check out Jordan's Jumble Sale part at the bottom of the page. 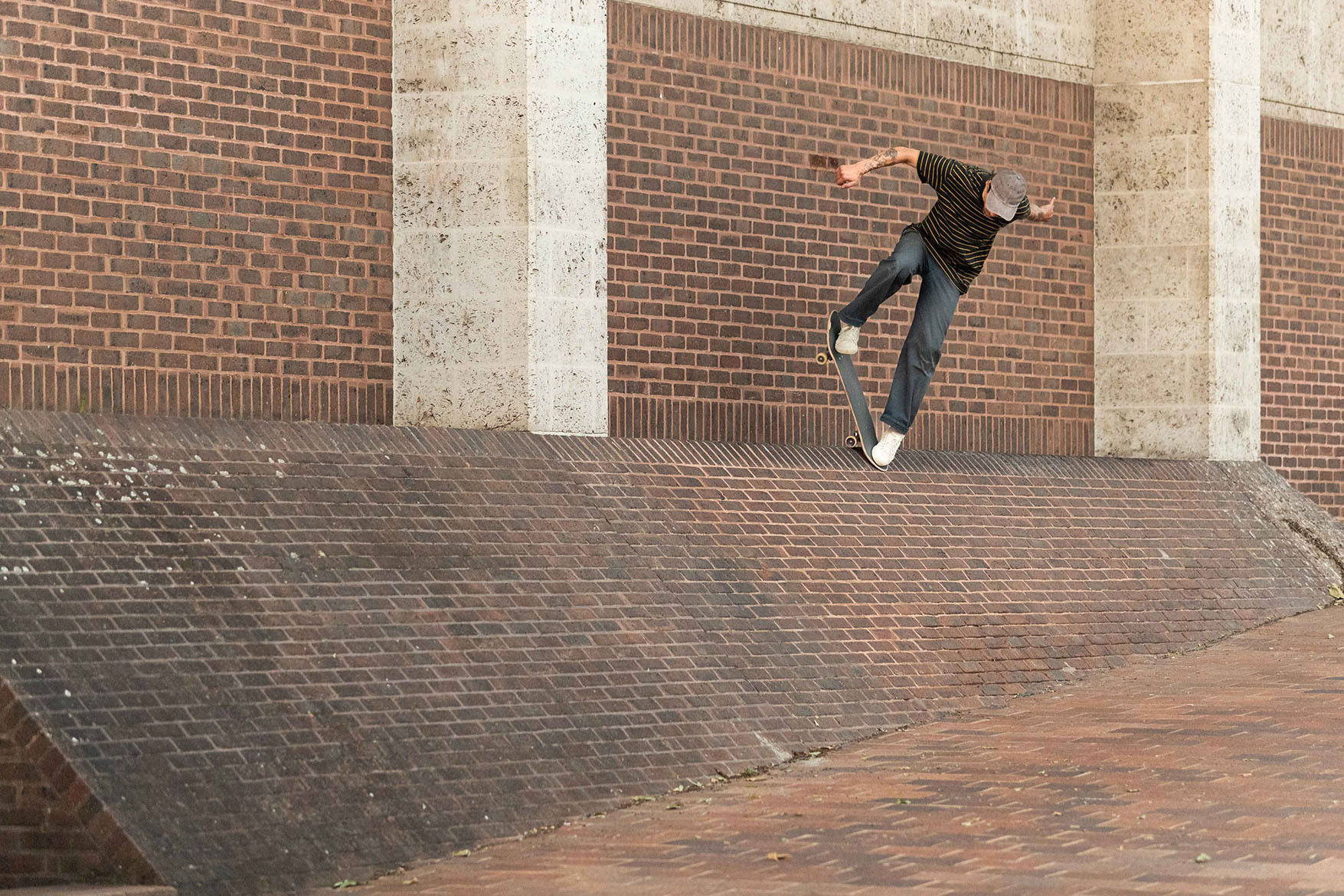 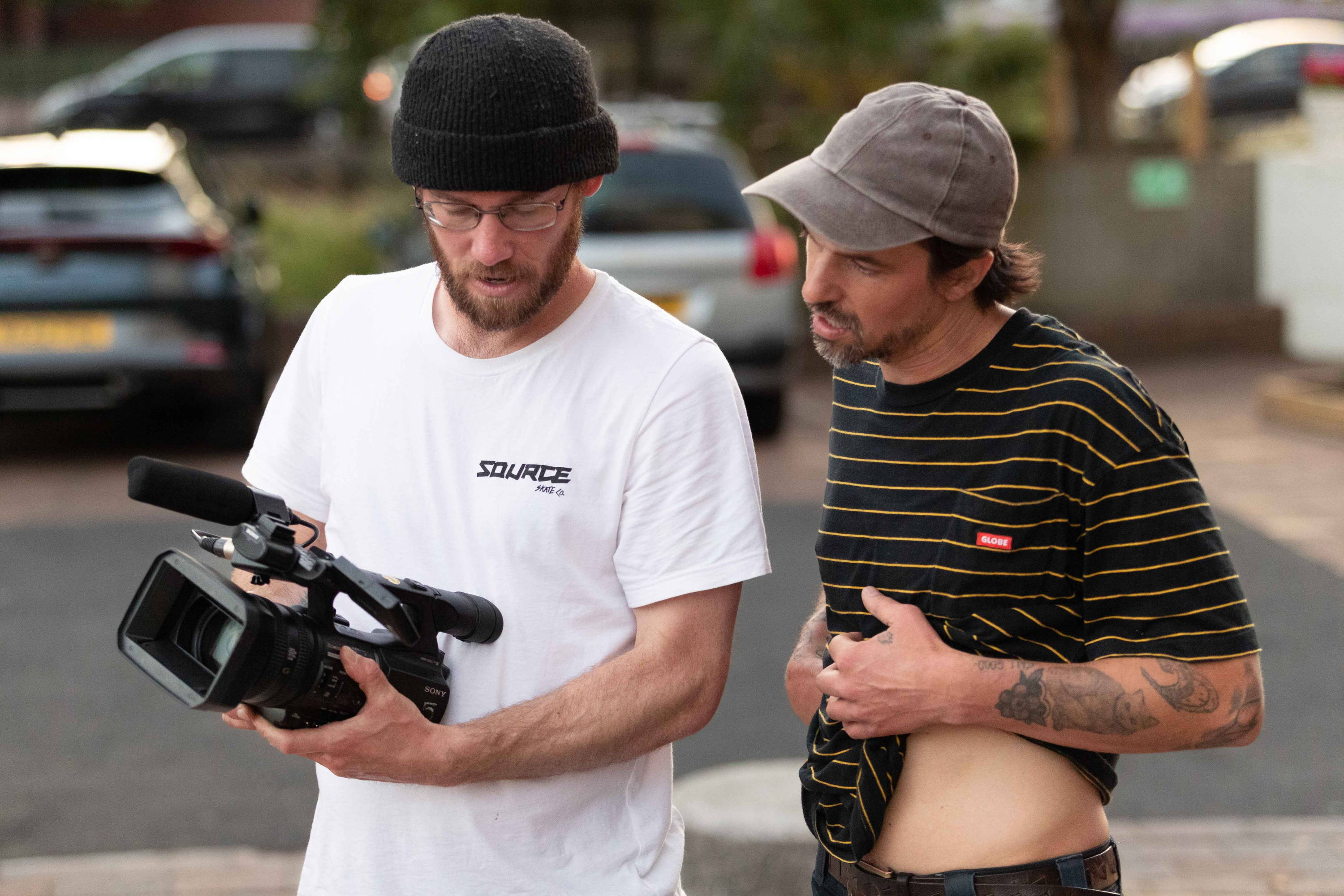 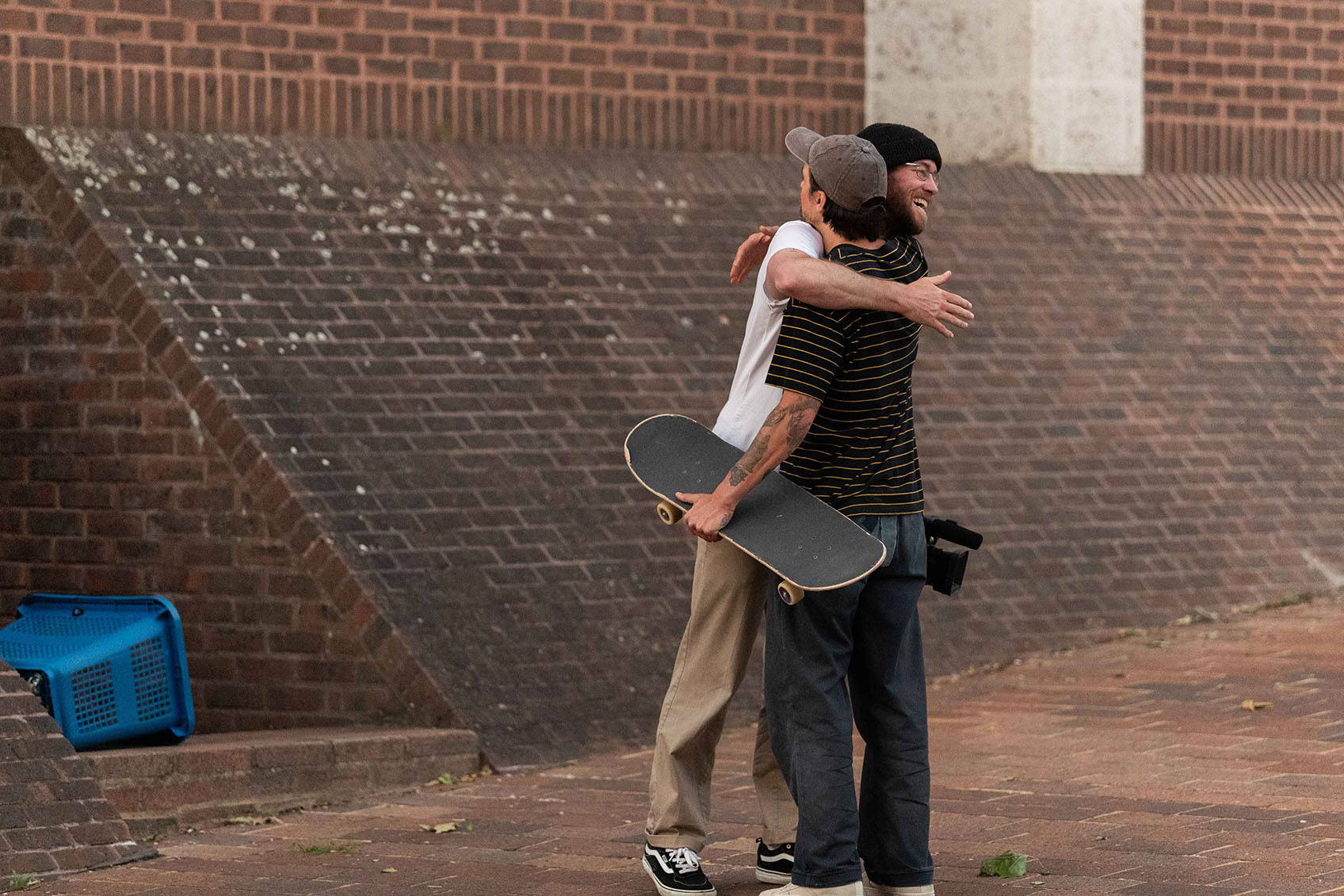 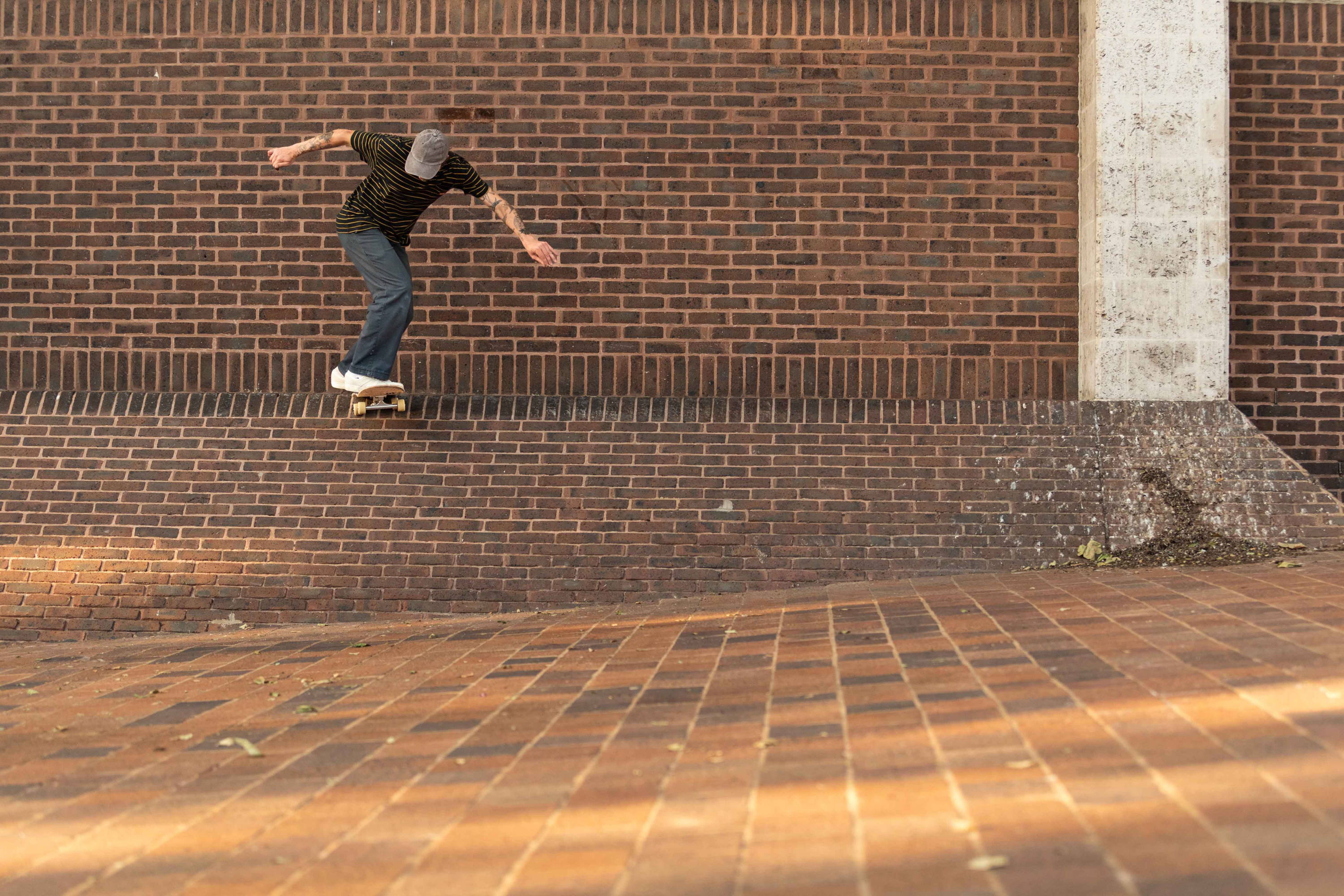 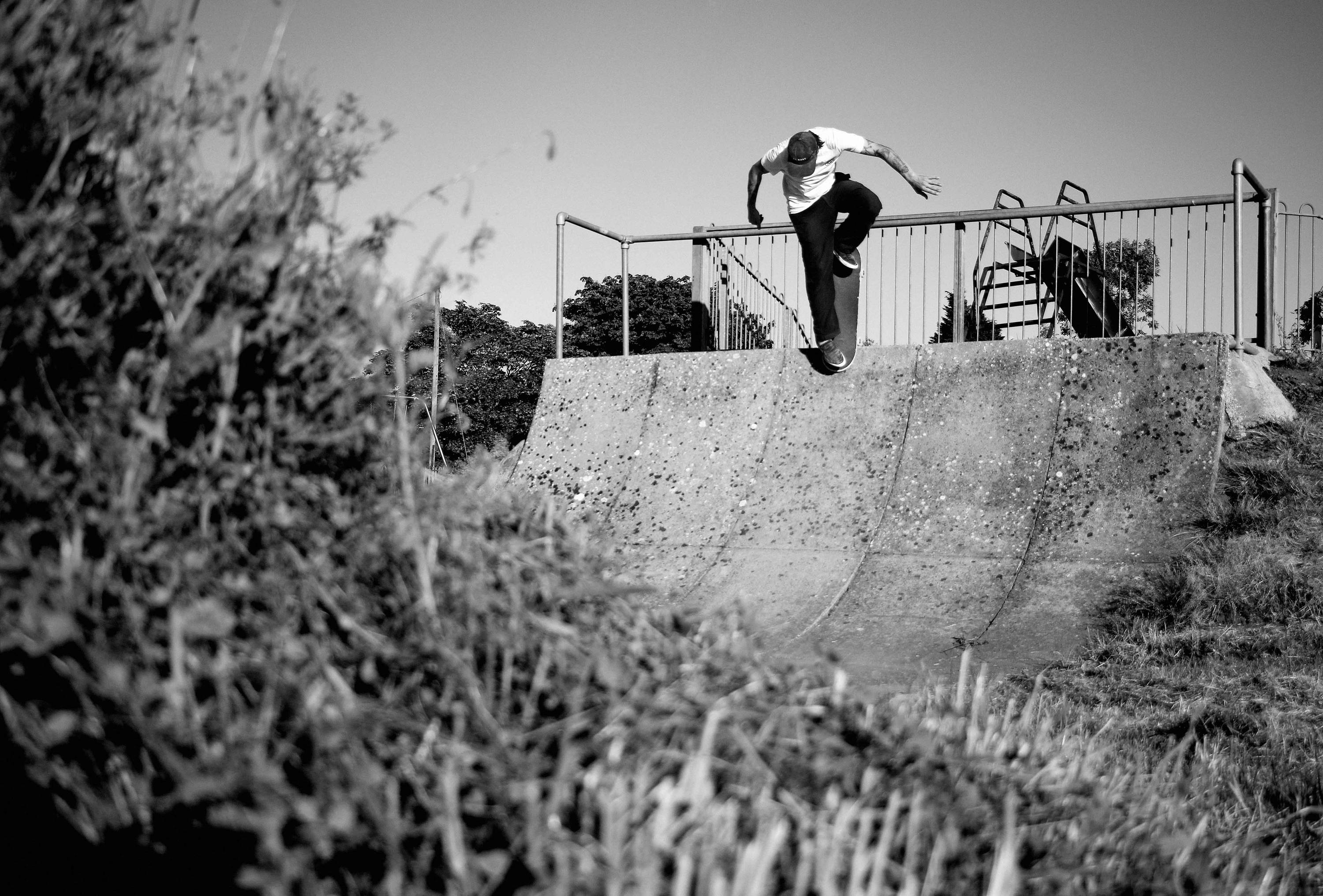 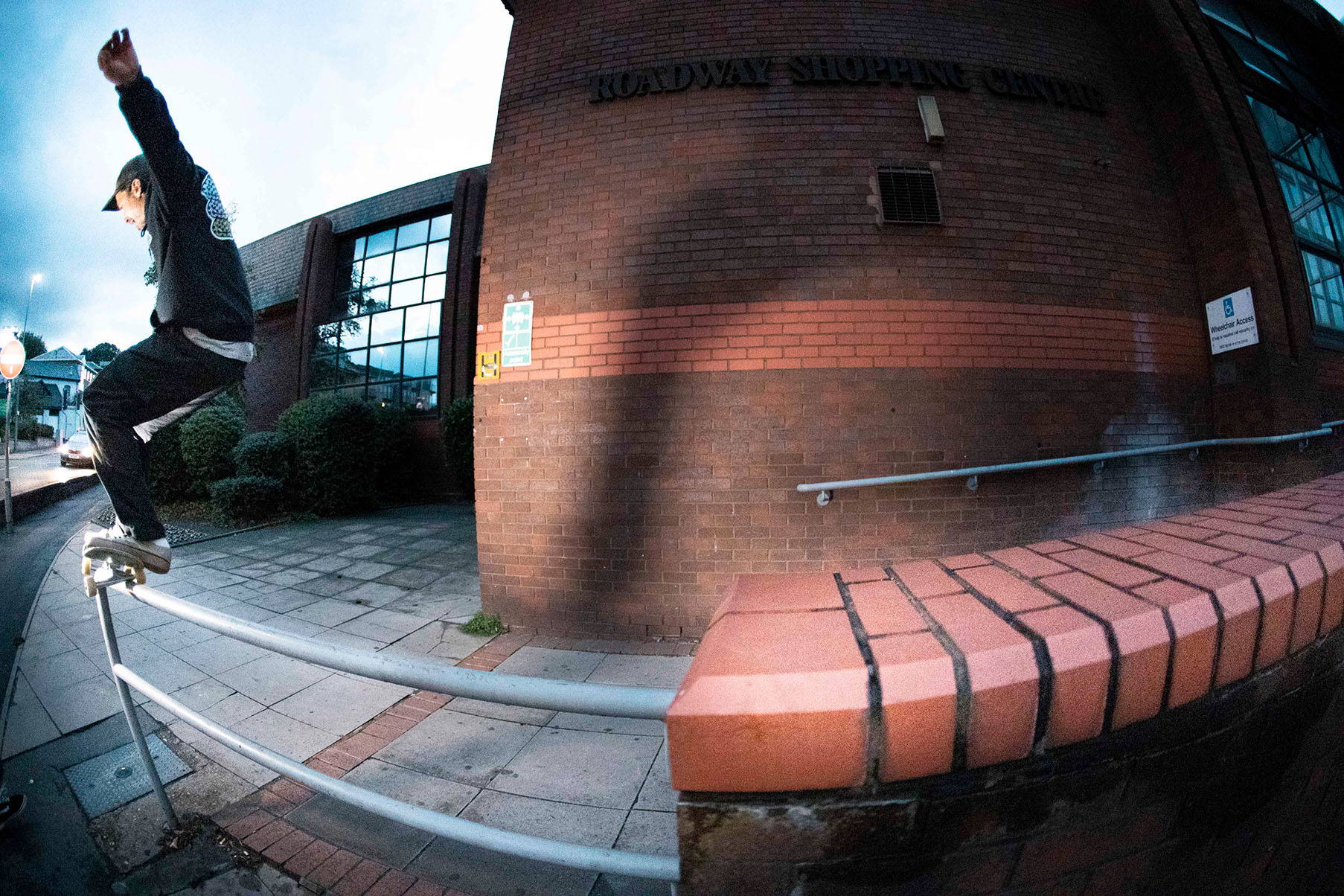 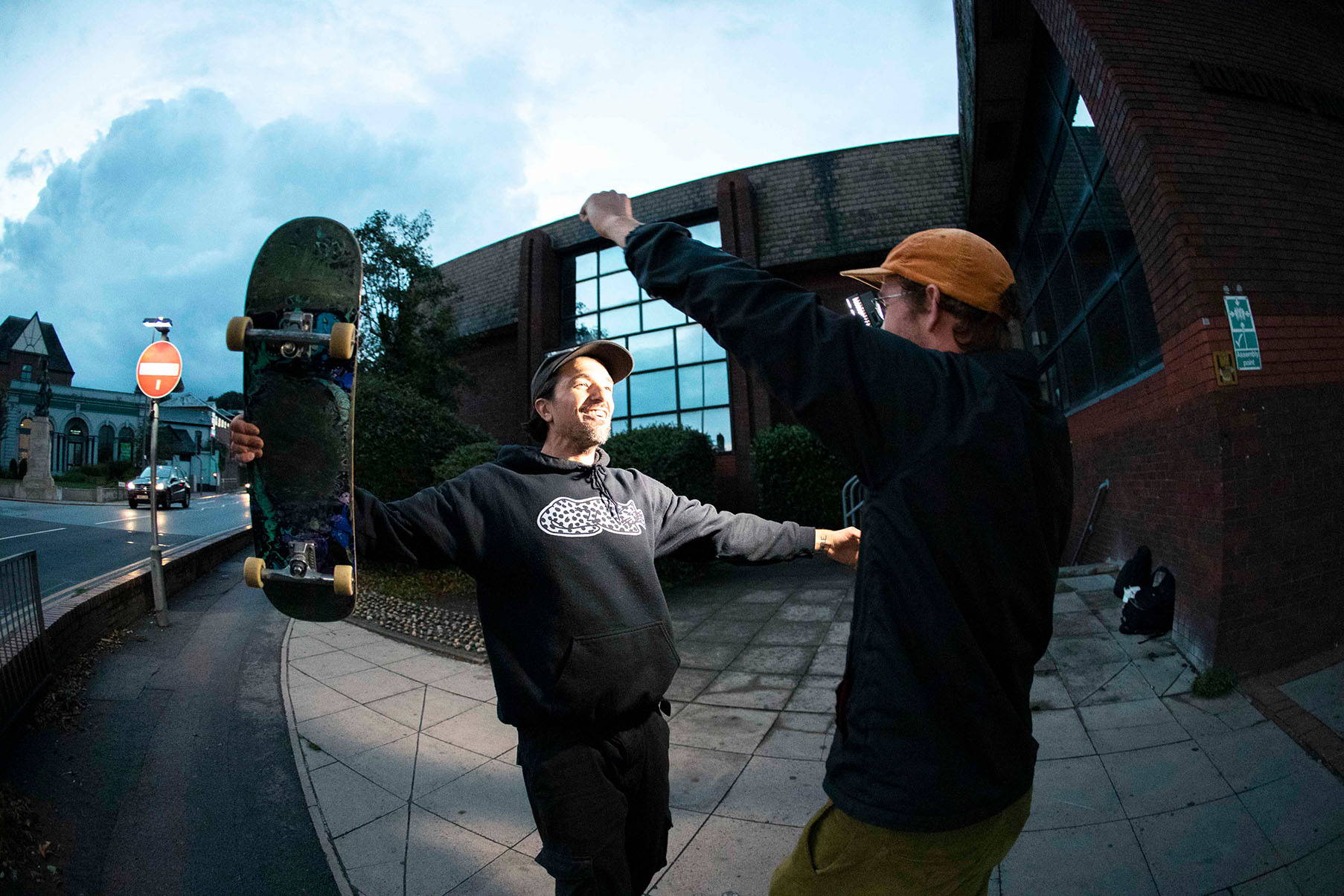 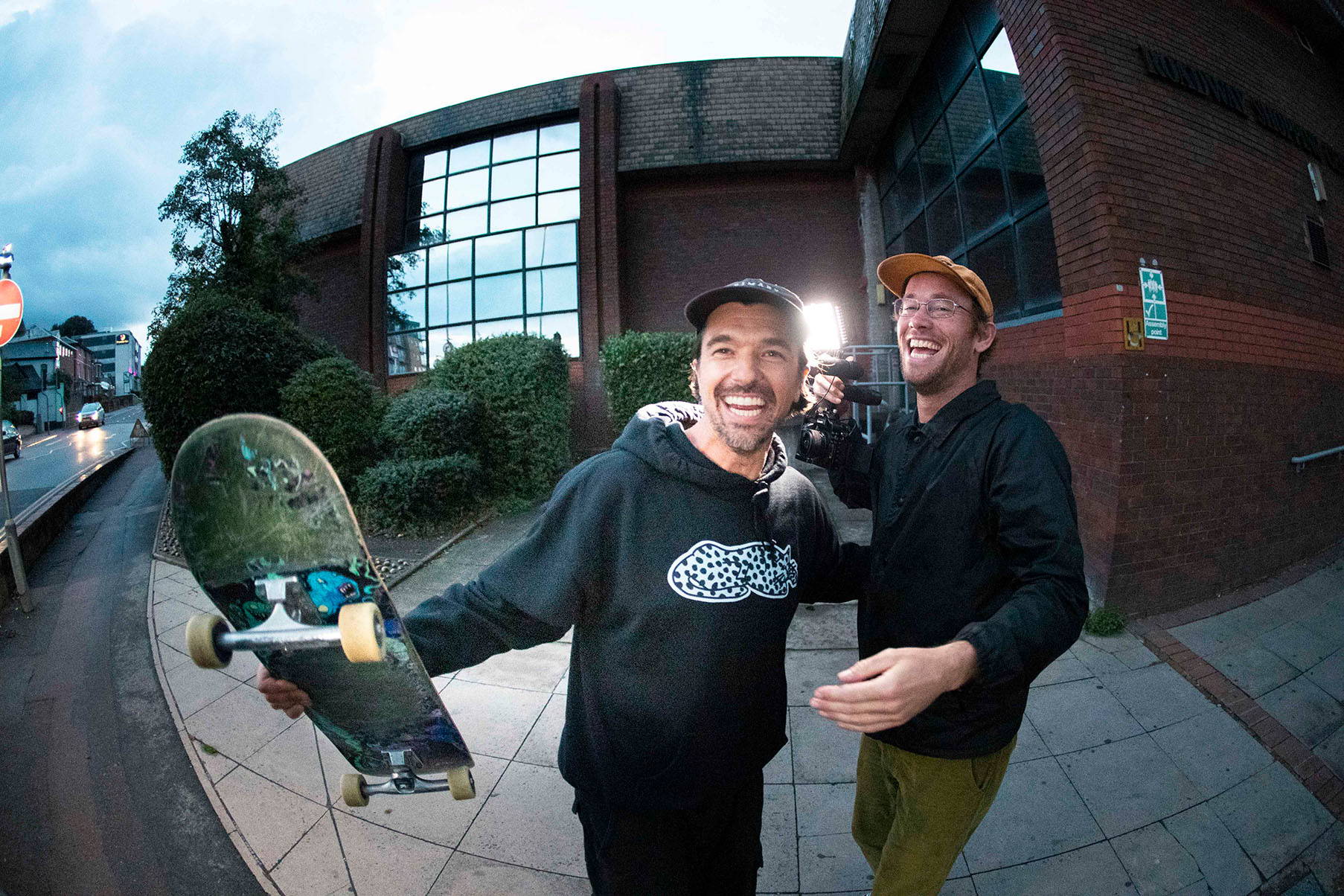 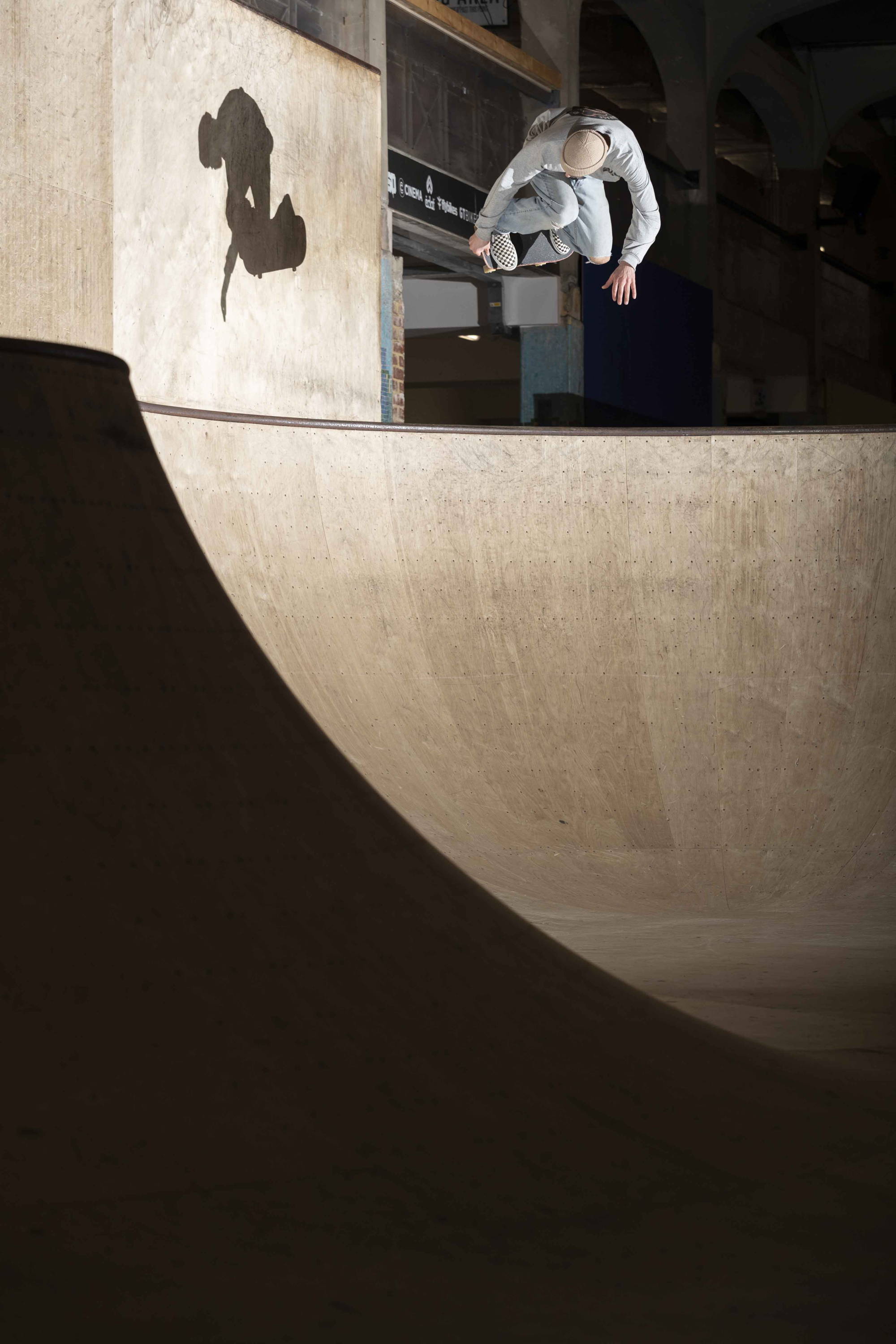 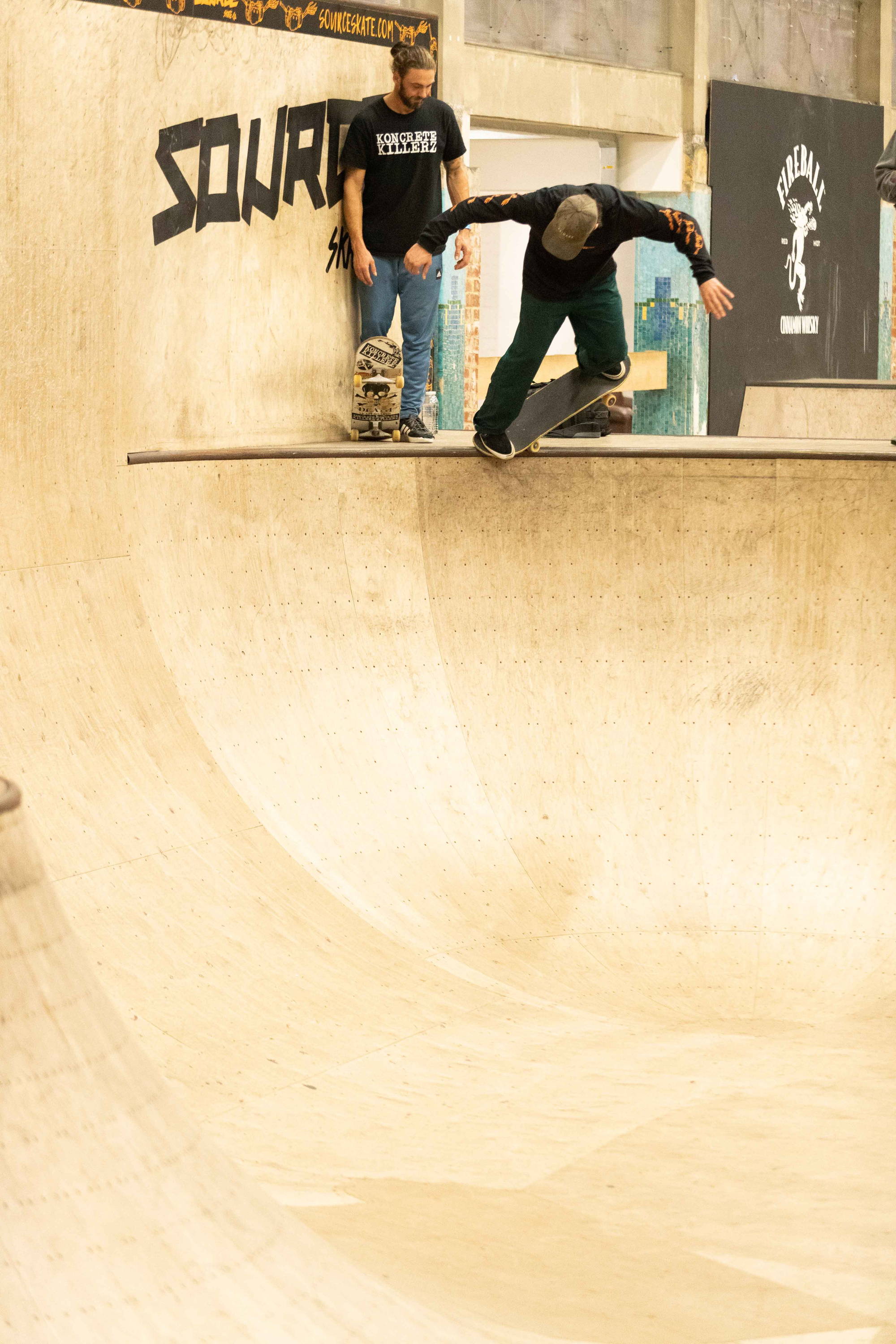 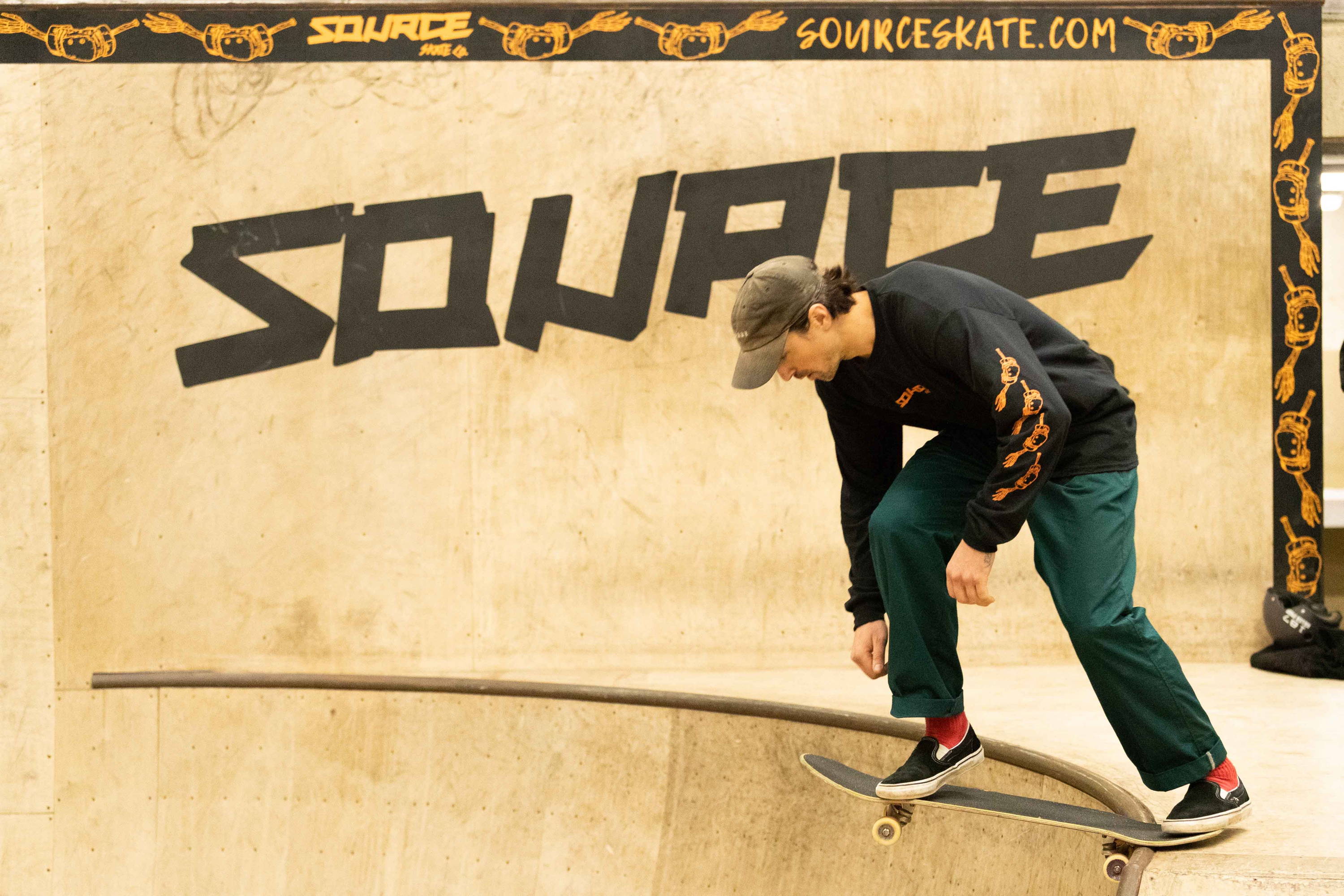 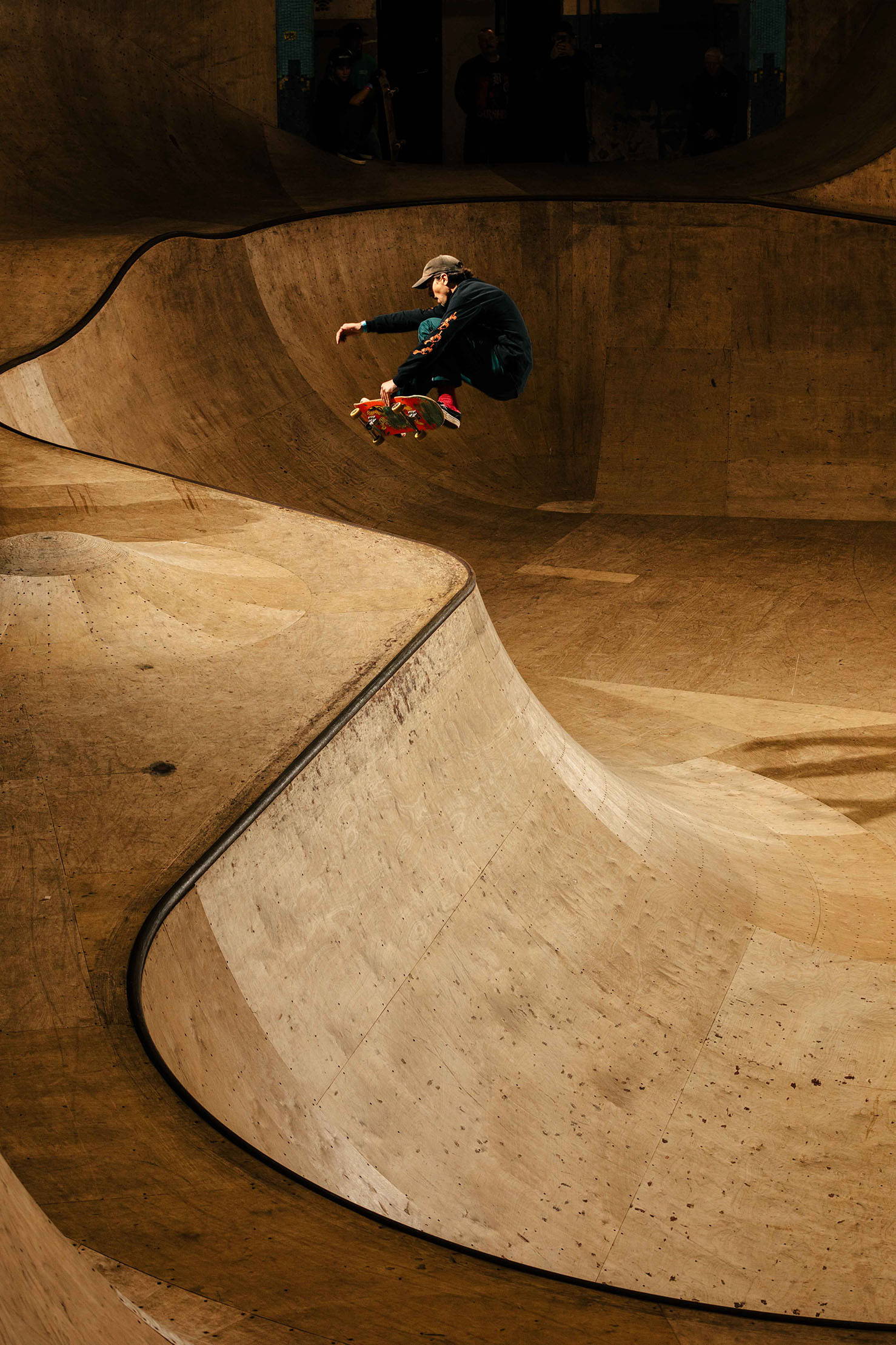 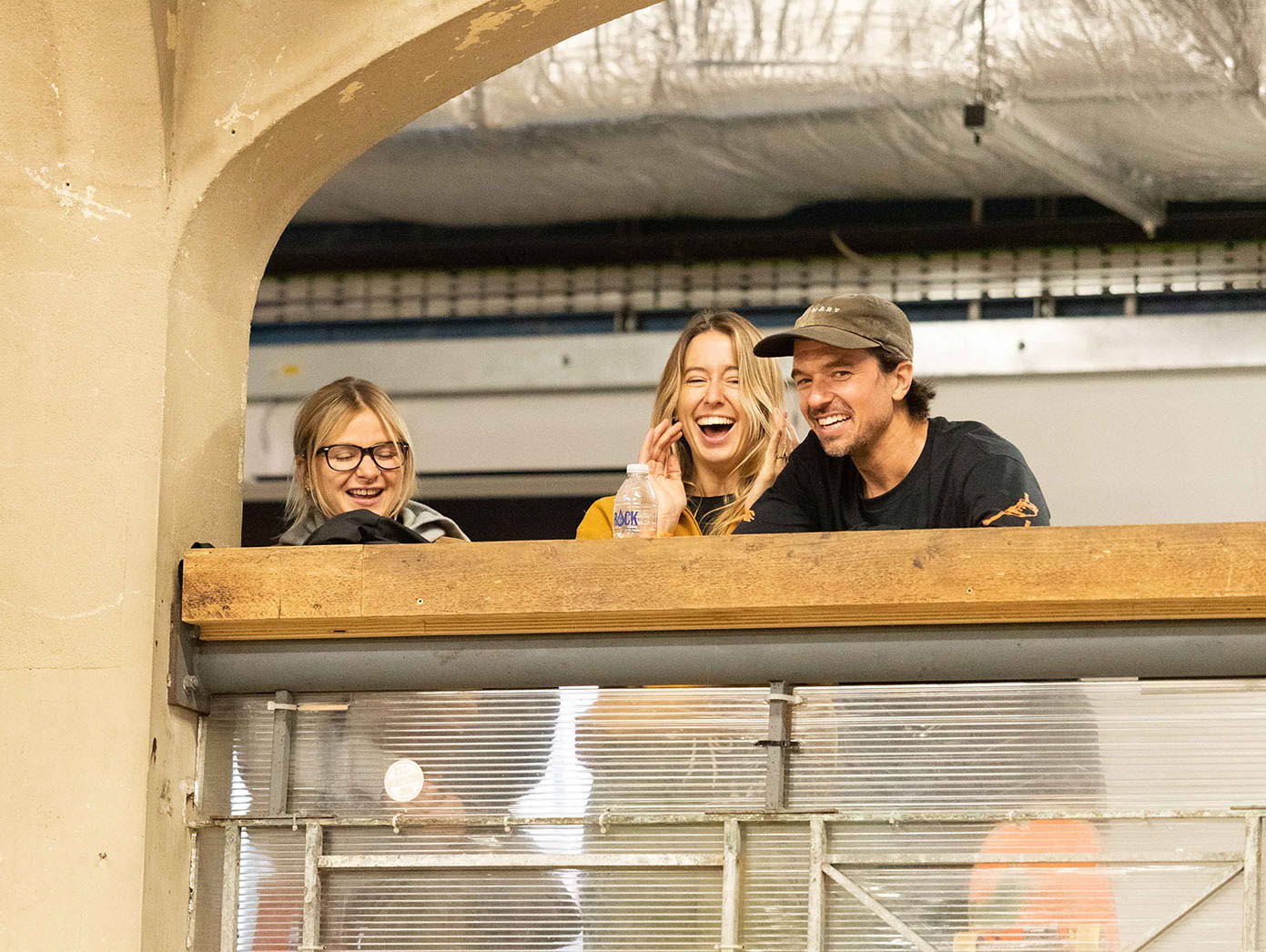